IT has taken me six months since Joseph got over his silent reflux and colic for me to write this post. Every time I was going to write about it I just couldn’t face it. I almost wanted to forget it ever happened. The only reason I’ve put pen to paper now is to give some kind of reassurance to people going through this that everything will be okay.

The first few weeks, like any new parent will tell you, is a mixture of bliss and sheer exhaustion. It’s like being in a permanent state of jet lag. It’s hard to pinpoint the exact moment when the constant crying creeped up on us but I remember the breaking point.

Joseph was about six weeks old and we got out of bed one morning after having no sleep. I am not talking about a few hours of broken sleep. I am talking no sleep at all. He cried all night long. I can only describe the crying like when a child hurts themselves and there is a silence while they build up for the big scream but this scream doesn’t last a minute it lasts hours. We had tried everything from baby Gaviscon to Infacol. We constantly winded him but the burps were never ending. Breastfeeding was so hard because he would gulp as if to ease the pain but in between his gasps he would scream.

We took Joseph to the doctor and when we descibed the pattern she prescribed Zantac. It comes in liquid form which you give to the baby in a syringe. After two weeks of using it we soon realised this was not going to cut it. We had an appointment already with a consultant for Joseph’s six-week check up (scheduled a bit later as he was premature).

The consultant noticed pretty quickly that Joseph had both silent reflux and colic, the latter of which tends to happen in the evening. I described how, unlike other babies, he never seemed to sleep. He might sleep for an hour but only upright on my chest. These are classic signs. The doctor prescribed a daily tablet of Zoton (a proton-pump inhibitor that reduces the production of digestive acids). We found the tablet much easier to give him as it dissolved quickly and didn’t get stuck in the syringe. After two weeks we noticed a little difference but not enough. Our consultant upped the dosage as Joseph had gained enough weight to allow doing so. After another two weeks we did manage to get two to three hours of sleep. That may sound mad but it was a vast improvement on getting up every 30 minutes.

When Joseph moved on to formula he was put on a lactose-free milk called Aptamel Pepti. You can buy it over the counter or on prescription. The consultant told us that unfortunately we weren’t going to see a vast improvement until he was able to get the muscles around his oesophagus stronger. This meant more of the dreaded ‘tummy time’ for Joseph. He hated it but the more I forced him to do it the stronger he got.

The next six months were very hard. Only people who have seen or experienced first hand a reflux or colic baby can understand.  You are housebound. Every time I tried to go for a walk he would scream so much that I had to turn back. You could get a few hours during the day but once the crying started at about 4pm it would go on straight through to morning. I dreaded nighttime.

We tried to get on with our lives and make the most of my maternity leave together as a family. We booked two nights at Kelly’s Hotel in Wexford. The poor babysitter we booked so we could have our dinner didn’t know what she had let herself in for. It was a disaster and we ended up taking turns eating our main course alone, and in the end we went back to the room and let her go even though we paid for two hours. While down in Kelly’s I got a call from the VHI Midwife who chatted to me every two weeks to see how I was doing. She said something that really stuck with me: “You’ll see your real baby soon.” I knew exactly what she meant. Here was this little baby in so much pain and us, his parents, were absolutely broken with tiredness. Neither of us could enjoy our time together.

The car was the worst. I remember telling my friend when I offered her a lift after a quick coffee in town that he hated the car. She got in and said: “Oh God, I thought it would be a few tears but not this. I am so sorry.” You do learn to block it out and are able to get from A to B. One time I stayed in my mom’s and he woke every 40 minutes and my sister who slept in with me decided half way through the night she was calling in sick the next morning as she got no sleep. I could only laugh at this. 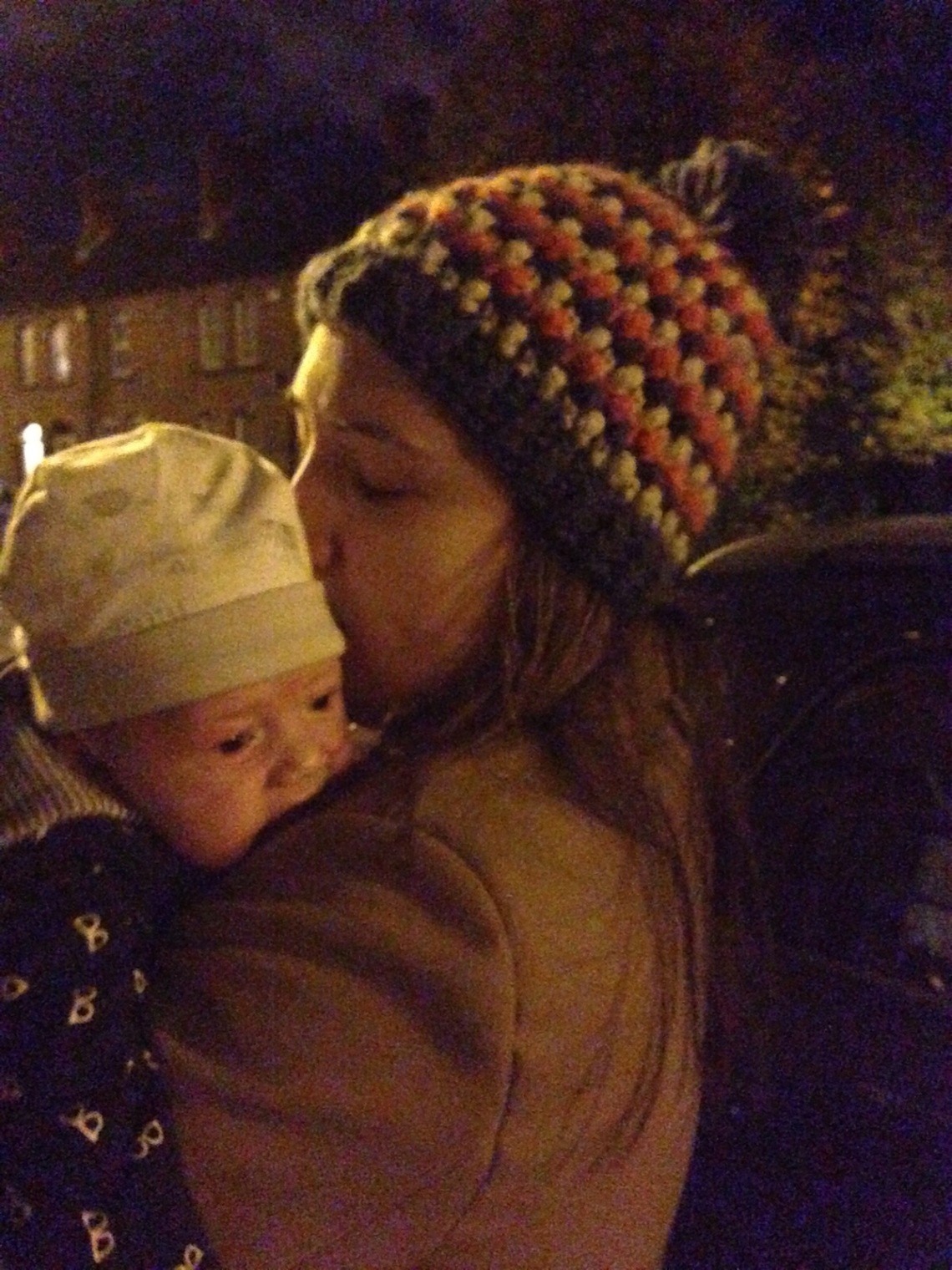 With reflux and colic they don’t want to be on their backs so you are constantly carrying them as they want to be upright to keep the acid down. After a while I learnt to get my hour of peace where I could get it by sitting still and placing him skin to skin on my chest. He never once used the bouncer we bought him. If I could turn back time I would have done more of giving him what he wanted. For us, we noticed at the five-month mark, that he was getting stronger. He was able to have a few hours during the day where he smiled and laughed. Once you get positive feedback everything becomes easier. Just remember: it’s only a phase and in between the tears there will be lots of smiles and cuddles. 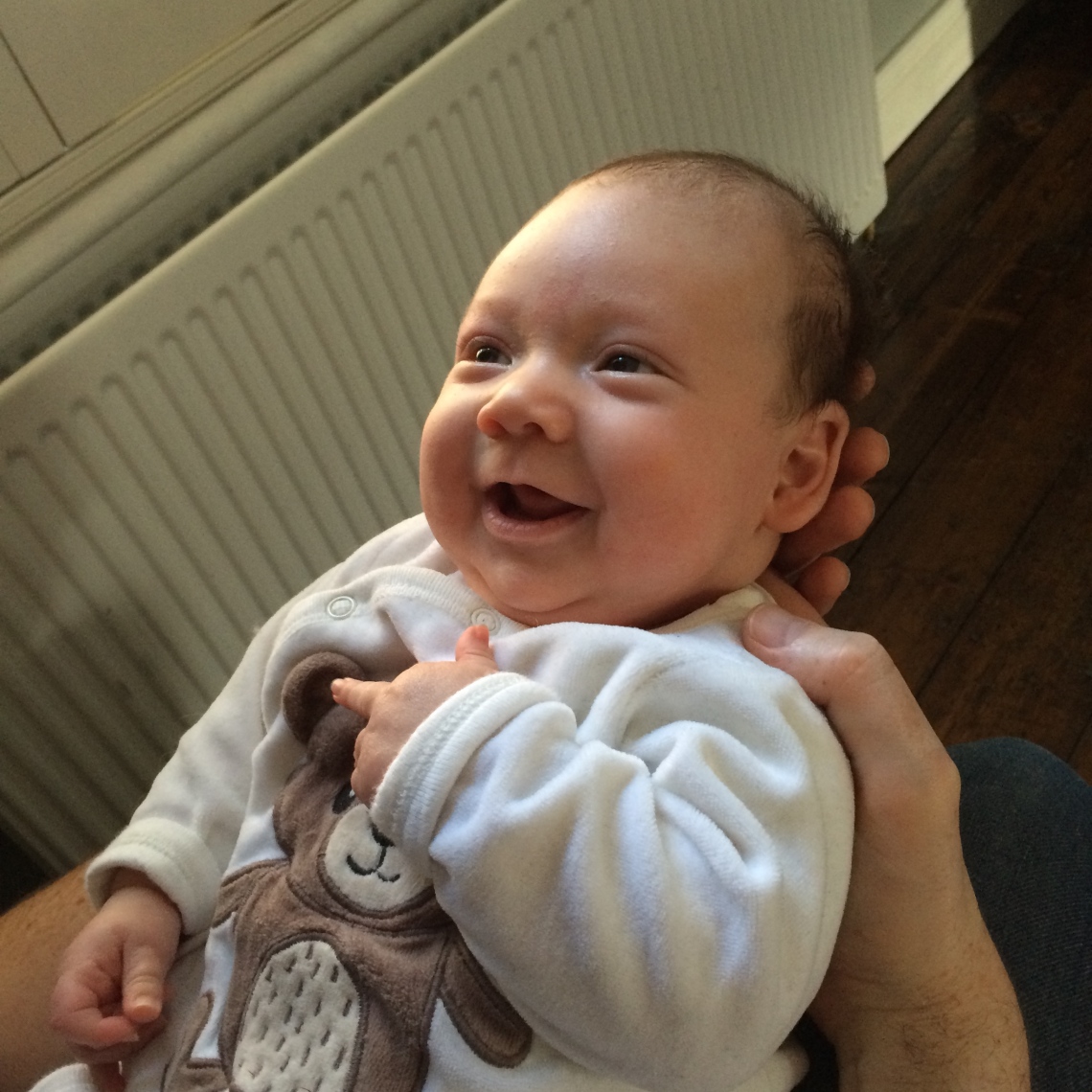 Top Tips for a silent reflux and/or colic baby

Place a book under the cot mattress and buggy mattress. They need a more upright position to keep acid down.

Keep winding them. Before and after feeding. Sounds simple but the more air you get up the less uncomfortable they will feel.

Try not to give big feeds as smaller feeds will be easier on their stomachs.

If the only rest you get is when he sleeps on you then take it where you can get it. A routine will come eventually but for now you need to get your sanity and bonding.

Breastfed babies tend not to get colic or reflux. (This was not the case with me)

The White Noise app – Joseph liked the Brown Noise setting – worked wonders for us. It took a few goes but when it was blaring he tended to sleep for about two hours and this kept us relatively sane.

Ask for help. My mom would call me every evening if I didn’t manage to make it to the family home. She would talk over his screams and always asked two questions. 1. How long has he been crying like that and 2. Have you eaten ? She’d end by either saying “move home for a bit” or “I’ll send dinner up”.

If someone calls over, ask them to stay a few minutes longer so you can have a shower or a sandwich. If you don’t ask people might feel they shouldn’t overstay their visit.

Do something that gives you pleasure every day. Whether it is going to the local coffee shop to get a takeaway coffee or watching Netflix. You need a distraction.

Speak about what you are going through. Other moms may have tips or even just hearing you are not going through this alone helps.

Join a local baby group. A lifesaver for me.

If yourself and your partner are always bickering due to exhaustion, remember this is a phase. Get a family member to mind the baby and take an hour or two off together. You may be tired but you need to remember you are a team.

When they are in happy and settled mode, for the few hours of calm enjoy your baby. Cuddle them. Kiss them. Love them.

Housework will get done. The baby and your sanity are your priority.

Remember it’s a phase and you will see your real baby soon.